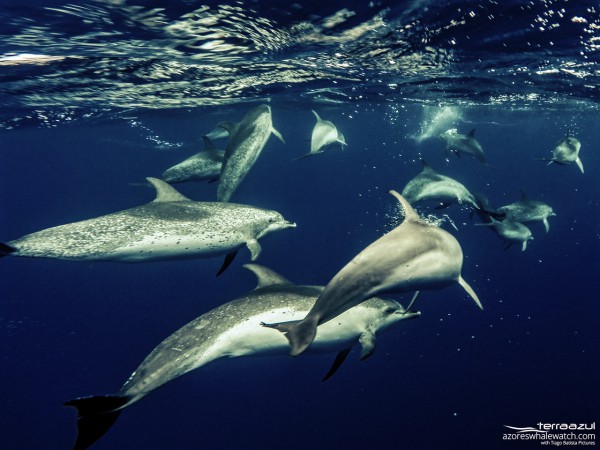 KR:
You work for an Ecotourism Tour Operator in the Azores which is located in one of the most exciting locations for whale watching. On our whale watching tour we were able to watch a lot of jumping dolphins and giant sperm whales. Since the IWC [International Whaling Commission] adopted a moratorium on commercial whaling in 1982, which has been in force since 1986, it seems that they lead a safe and free life. Could you please tell us why this impression has unfortunately not been proven to be correct?

CF:
The moratorium on commercial whaling definitely helps the conservation of whales but it is not a panacea for their problems due to its nature. The IWC was born to regulate whale stocks for the development of the activity, and it regulated the hunting of thirteen species of ‘great whales’, all other dolphins, whales and porpoises are not controlled.

There are three different types of whaling: aboriginal; commercial; and special permit. Commercial whaling, the target of the moratorium, is not applicable to those who present an objection or reservation to it. That is the case of Iceland and Norway who hunt in their EEZ [Exclusive Economic Zone]. Special permit whaling allows whales to be taken for scientific research purposes and is regulated by individual governments. The IWC committee can advise on the catch limits but the governments can ignore them, for example the Japanese government. So, in my opinion, it is too easy to avoid the moratorium.

Finally, whales can live fifty to eighty years, are sexually mature at seven to twelve years old and can have one calf every two to three years. So, once a population decreases, it is very hard for it to recover.

KR:
That is a very sad state of affairs but are the other countries in the world entirely blameless for the continuing threats to whales and their habitats?

CF:
Whales and dolphins are highly mobile animals that know no political boundaries. Therefore, it is impossible for one country to be responsible for all the problems of whales.

Whaling was only one of the many threats cetaceans face. Oceans everywhere suffer from heavy pollution from several sources: chemical from terrestrial runoff and oil spills; acoustic from maritime traffic; seismic surveys; naval exercises; and plastic that is dumped or flies to the ocean from land, just to name a few. The whole ecosystem suffers with these but, as top predators that rely heavily on acoustics to socialize and hunt, cetaceans are quite sensitive.

Another big problem is the fact that lots of people still see the ocean as an endless resource and forget we are not the only ones using it. Everywhere in the world there is overfishing and fishing gear (active and even discarded) that keeps capturing animals and that are very dangerous to cetaceans as they can get entangled.

KR:
What can citizens and consumers do to protect whales and other marine mammals?

CF:
That depends on where you live. If you live in a country that supports whaling you can pressure your current government to stop it, or support governments that are against it. If you visit a whaling country, you can make sure that you are not supporting the industry. Refuse to eat whale meat or avoid going to places that serve it (even if you do not intend on eating it). Most of the whale meat being consumed in Iceland and Norway is actually being sold to tourists as a traditional dish but almost no one from those countries eats whale meat.

As a tourist is very important to be responsible about your choices because tourism is a huge driver of the economy and if everyone chooses responsibly, the industry is forced to be responsible. This applies as well to whale watching, because if not done properly it can have negative impacts.

On our daily lives we can try to use plastic responsibly and be careful about the way we dispose of it. Of course, we should also choose sustainable sources for the fish that we eat.

KR:
Muito obrigado for the informative and wonderfully interesting interview! 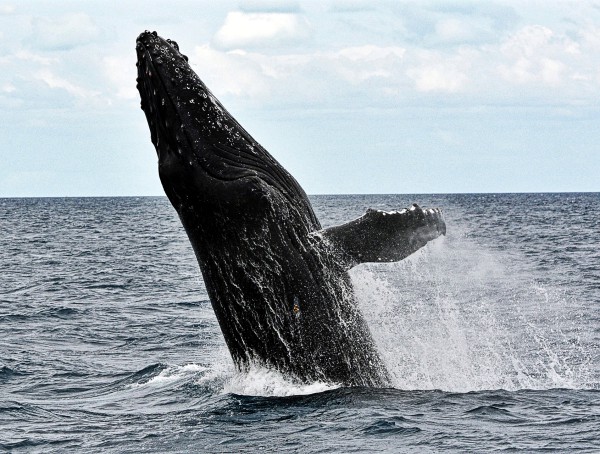